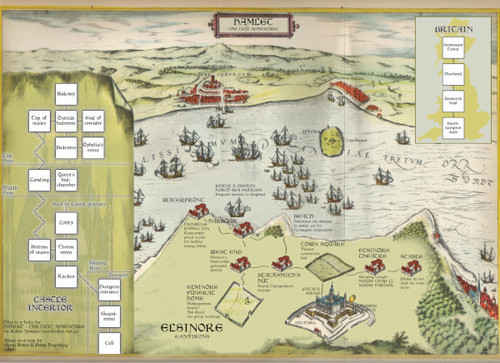 Based on my takeaway from last week's experiment in temporarily charging for my games, I've added a paid download to Hamlet - The Text Adventure.

The game itself remains free to play online; for $5 you can now download it for Windows, including a high-quality annotated map of the game (based on a real 16th-century map of Helsingør) and a page of designer's notes.

I wrote Hamlet in 2003 and it's had sporadic updates since - it'll always be special for me. It went viral after being reblogged by Neil Gaiman, and was covered by the Guardian, Channel 4 and the Scotsman. Experience the Immortal Bard as the Elizabethans themselves did, on their primitive 286-based PCs.

Get Hamlet - The text adventure